Soup – the Way Grandma Made It 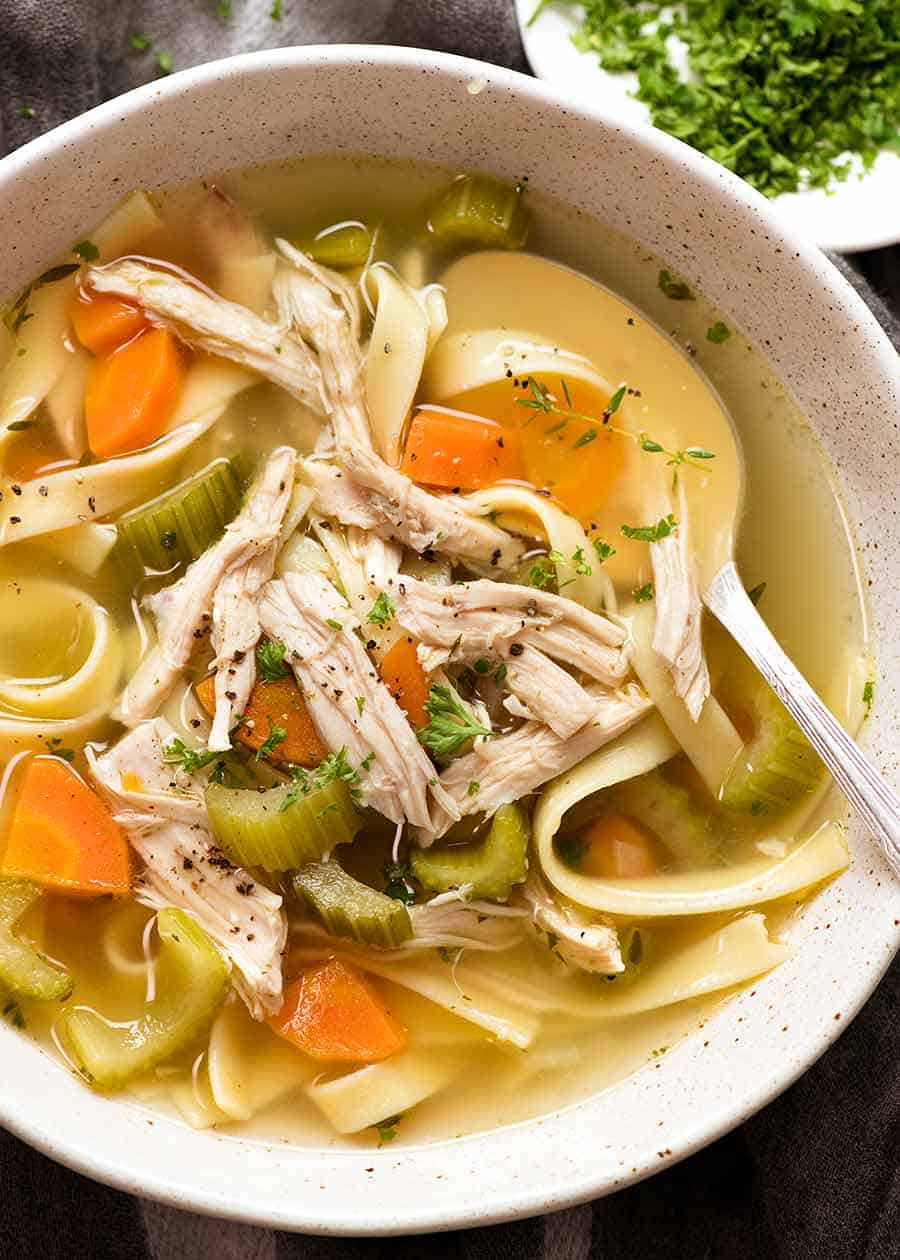 Hi everyone! It’s Karen, Dr. Neil’s wife, getting a turn at writing the Article of the Week. I am really excited to be sharing with you some simple, healthy recipes that we make regularly in our house, and that our 4 kids will actually eat!

This week we’re talking bone broth and soup! Broth is a mineral-rich infusion made by boiling the bones of healthy animals with vegetables, herbs and spices. Homemade broth makes any soup taste delicious and doesn’t compare to anything from a box. It helps support the immune system and improves digestion, so it’s great when not feeling well. It is good for bone health and supports joints due to its high collagen content. It is also simple and inexpensive to make! You can make basic stock by boiling the bones for less time (which is also very tasty), but the marrow (containing minerals) is released from simmering much longer.

We typically buy whole chickens from local farms, so we regularly have leftover chicken bones for broth. Don’t throw those bones away- they are like gold! There is no one right way to make broth, but here is my way:
1.  Put the bones from the chicken in a large pot (or cooked beef bones)
2.  Add: 2 peeled and coarsely chopped carrots, 2 stalks of celery, 1 onion, 2 tbsp apple cider vinegar, 1 tsp peppercorns, 3 bay leaves, 3 garlic cloves (added the last 30 minutes)
cover with water, bring to a boil, then turn down to simmer for 24-48 hours OR use an Instant Pot and it only takes 2 hours or do it in a slow cooker
3.  Skim the surface occasionally during first 2-3 hours to remove any froth/foam
4.  Strain the broth and store in fridge once cooled off, and skim off fat that has risen to the surface if desired
5.  Use right away or store in the freezer – don’t forget to add salt later

The great thing about soup is that it is very forgiving. Amounts are approximate (I don’t really have a recipe!). Don’t be afraid to add other vegetables, or substitute rice for noodles, or leave them out. saute 3 chopped carrots, celery, and one onion in butter until softened, add about 12-16 cups of broth or stock, 2 bay leaves, and seasonings (salt, pepper, dried thyme, to taste)
bring to a boil, then turn down and added cooked chicken (I usually cook a whole chicken and use the meat for soup and one other meal) and egg noodles (about half a bag)